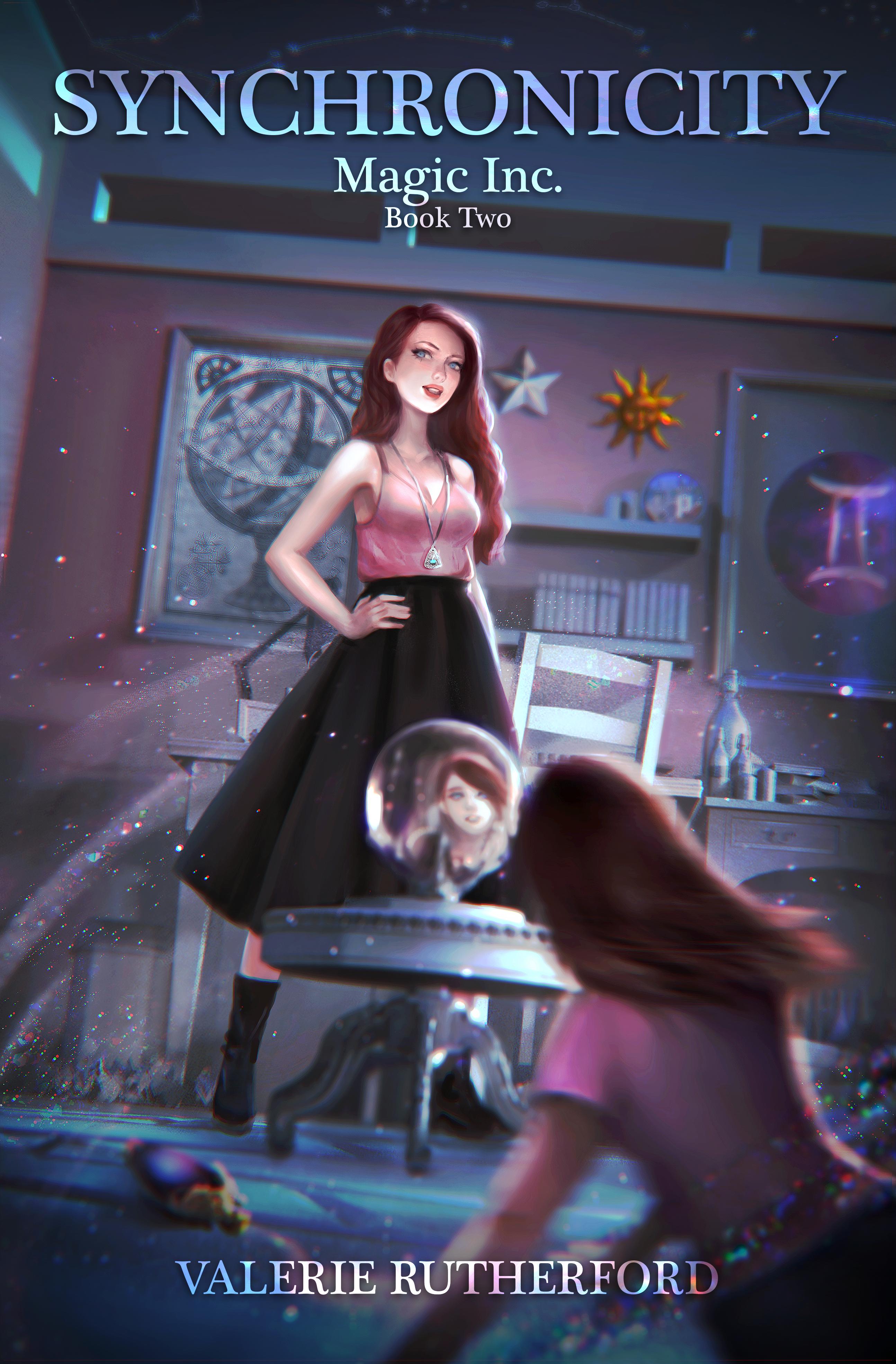 I can hardly believe I'm saying that. I've been working on this novel for over five years. And it is a deeply personal book. One that I've poured so much of my heart and soul into, all while being terrified of how people will judge it. As I've mentioned many times, the Magic Inc. series is based on my own childhood pain and struggles with bullying mixed with the fantasy world I created in my head as an escape.

I dug into my past experiences and my deepest emotions to create this story. So, it's been difficult to let anyone read it. I've even been afraid of what my close friends and family will think of it. But this story is a part of my truth. It's lived in me for so many years, and I've relied on it. Magic Inc. saved me as a child, and it has continued to keep me going in all the years since. It was time, after five years of writing and editing and agonizing over this part of the story, to let it soar freely out into the world.

Writers often talk about writing the book they needed growing up. This is mine. In Book One and Two, the friendship between Jane and Chaz is, in part, a way of expressing the things I needed to hear as a child. That it's okay to not fit in. To be different. It's okay to be your vulnerable, authentic self. And that's what I tried to do by writing this book.

I've included the summary of Book Two below, as well as an excerpt link, but I also invite you to check out the "Note from the Author" (also linked) if you would like more of an intro to the book and an explanation of potential trigger warnings before making a decision to purchase it.

Tragedy has struck. As Jane Roberts tries to help the Parkers through their loss, amidst increased bullying and painful visions, she feels only one thing remains the same: she is still convinced Chaz Parker is her Soulmate. Her feelings are stronger than ever and maturing rapidly in spite of her young age. But there’s a new problem… Chaz has a girlfriend. Desperate to see into her destiny, Jane makes a mistake which pulls her future into her present. And it could change everything at Magic Inc.

Note from the Author